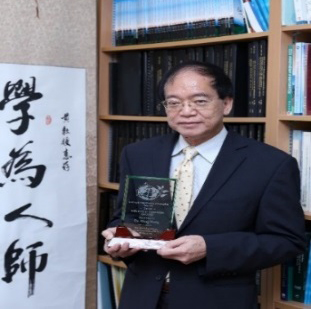 Abstract: From about 1850 to World War II, dredged sediment, municipal solid waste, and ship wreckage were dumped at sea. Sewage sludge was shipped to the North Sea and dumped at sea from Britain to reduce the pollution of municipal solid waste to the Thames in 1887. From World War II to 1972, discarded munitions, chemical warfare agents, and low-level waste were dumped at sea. The London Dumping Convention (1972) came to force to control the dumping of industrial waste, construction waste, etc. In the early days, sewage sludge and contaminated sediment were dumped at designated sites (coastal marine areas) in Hong Kong. The higher contents of heavy metals and organic pollutants caused environmental problems. This presentation focuses on two projects related to dumping contaminated sediments, one before and one after adopting the Environmental Impact Assessment in waste management in Hong Kong. For the 1st project, there were massive fish kills in fish culture zones due to contaminated sediment. The former shipyard was transformed into the Disney Land, and contaminated sediment was spread into fish culture zones during transportation to the dumped sites, causing massive fish kills, with a considerable compensation provided for the fish farmers. For the 2nd project, scientific inputs were used for monitoring and assessing the potential impacts of the dumped sediment at the designated dumping sites, with stringent requirements of constructing the facilities for containing the dumped sediment during the construction, pitching, and closing of the facilities when the deposit is complete. Detailed information is provided on the use of scientific inputs in ensuring the ecological and human health safety of the dumping sites and the surrounding areas, especially the nearby mariculture sites.


Biography: Prof. Wong is currently Advisor/Research Chair Professor (Environmental Science) of The Education University of Hong Kong, Member of the European Academy of Sciences and Arts, Chang Jiang Chair Professor of Ministry of Education, China, and Editor-in-Chief of Environmental Geochemistry and Health (Springer Nature). His research areas included environmental toxicology of persistent toxic substances, ecological restoration of contaminated sites, and resource reuse. Professor Wong has published more than 800 SCI papers. According to the World’s Top 2% Scientists List (Stanford University, 2019 and 2021), he ranked No. 6 (career-long) globally under Environmental Sciences, based on citation impact.

Prof. Wong served as the Coordinator of Central and North-East Asia of the project “Regionally based assessment of Persistent Toxic Substances”, and as a Panel Member (of three experts) of another project, “Chemicals Management Issues of developing countries and countries with economies in transition”, both sponsored by UNEP/GEF, during 2001-2003, and 2010-2012, respectively.